According to a survey by Boston Consulting Group (BCG) in late February, more than one-third of U.S.-based manufacturing executives at companies with sales greater than $1 billion are planning to bring production back to the United States from China or, are considering it. That’s great news for American manufacturing.

Thirty-seven percent of respondents indicated they are planning to “reshore” operations or are “actively considering” it. That response rate rose to 48 percent among executives at companies with $10 billion or more in revenues—a third of the sample.

Top drivers for this line of thinking are labor costs, transportation costs in the face of increasing oil prices, product quality, ease of doing business, and proximity to customers. In addition, 92 percent said they believe that labor costs in China “will continue to escalate,” and 70 percent agreed that “sourcing in China is more costly than it looks on paper.”

“These survey findings confirm what we are hearing from major companies,” says BCG senior partner Harold Sirkin. “Companies are realizing that the economics of manufacturing are swinging in favor of the U.S., for goods to be sold both at home and to major export markets. This trend is likely to accelerate starting around 2015.” Kaysun is noticing the same trend with many manufacturers coming to us with a request for quote in order to bring work back to the United States.

Interest in shifting manufacturing to the U.S. is particularly strong among manufacturers of transportation goods, appliances and electrical equipment, furniture, plastic, and rubber products, machinery, and fabricated metal products.

In the new survey, 67 percent of respondents in rubber and plastic products, 42 percent in machinery, 41 percent in electronics, 40 percent in computers, and 35 percent in fabricated metal products said they expect to reshore production from China to the U.S.

“Not long ago, many companies regarded China as the low-cost default option for manufacturing,” says Michael Zinser, a BCG partner who leads the firm’s manufacturing work in the Americas. “Our results show that companies are coming to the conclusion surprisingly fast that the U.S. is becoming more competitive when the total costs of manufacturing are accounted for.”

This is something Kaysun Corporation has always recognized, which is why all our manufacturing is done on our state-of-the-art campus in Manitowoc, Wisconsin. We have stayed competitive with China and other low-cost locations through lean initiatives, improved process and quality controls, training, and developing a highly skilled, trustworthy supply chain that can quickly respond to client needs.

Promoting this approach is the Reshoring Initiative (www.reshorenow.org), an industry-led effort to bring manufacturing jobs back to the United States. The group works with U.S. manufacturers to help them identify their profit potential, as well as the critical role they play in strengthening the economy, by promoting its "Total Cost of Ownership" product manufacturing estimation tool that compares costs for importing versus domestic production. American companies don't necessarily consider all the costs involved when they send manufacturing offshore, such as inventory carrying costs, traveling costs, intellectual property risks, and opportunity costs from product pipelines that are too long.

The estimation tool shows that the average price of a product made in the United States is 142 percent higher than in China; however, when the total cost of ownership is calculated, the U.S. price disadvantage shrinks to 23 percent.

The Reshoring Initiative has documented many reshoring efforts, including General Electric, Master Lock, and WHAM-O. "If they can make Frisbees competitively in expensive states such as California and Michigan, a broad range of products are reshorable somewhere in the U.S.," says Moser. 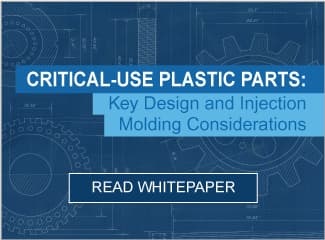